My last deployment in the military was to Iraq.  I was attached to a team of pipe-swinging Army guys.  I was their combat camera goofball.  I documented missions as they happened shoulder-to-shoulder with them (well, truth be told, more out of their way and to their right.  You always photograph and video Special Forces guys from the right.  It makes them look more bad ass – that’s a pro tip).

On the last mission I ever went on with them, we found a giant cache of weapons hidden beneath a building in a speck of a town on the edge of the desert.  I went down to take photos and document it before they blew it all to smithereens.  Hidden among a pile of dusty AK-47’s and corroded artillery rounds was a pen.  It was old, and silver, and engraved.  I took it and put it my pocket.  It didn’t have any ink in it, but it made me feel more stately when I held it close.  I didn’t realize it then, but that pen was magic.  It gave me the power to write – and write well.

Okay.  Half of everything I just wrote is a lie – but it’s a lie with purpose.  I was in the military, I did deploy with a team of testosterone fueled SF guys, and we did find weapons caches and blow them skyward.  But the pen, alas, I did not locate the pen.

My magic item from the deployment was the hat that sat on my head throughout it (when I wasn’t wearing a helmet).  It’s been years, but I still have that hat.  It’s black still, but faded.  My grandpa survived the Battle of the Bulge in World War II and his brass field artillery pin is pushed through the frayed bill.  The pin is a constant reminder to me of what a great man he was and how he survived his own war.  When I have that hat with me, I feel safe, even when the world around me is chaos.

When I became a cop, the hat sat in my cruiser.  I wasn’t allowed to wear it, and it would have been odd if I did.  But it cast a cone of protection over me and my car.  I never had to fire my sidearm as a police officer and I came home to my family every night. 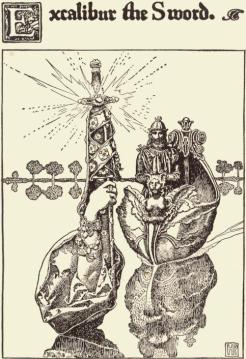 Now that I write, it serves me still.  My wife will see me walking around the house looking and she knows; I’m about to write but need my hat.  Is this foolish superstition?  Sure.  Does it help me sink into a writing rhythm regardless?  Absolutely.

The point is, we all have our bizarre rituals and magic items.  They are the tools we use to lasso the muse.  Maybe your magic item is simply music, or maybe you have the silver pen I’ve been looking for (I’m coming for it if you do).  With that being said, I’d be interested to hear about yours.

That’s it for today.  Thanks for reading.  Until we talk tomorrow, keep reading, keep writing, and as always – stay sharp!

Story Review: The Last Flowers of the Spring Witch by Shawn Speakman from Unfettered II

A 5-Star Review for Caught

Story Review: The Thrill by Brandon Sanderson from Unfettered II