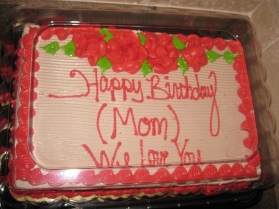 I like parentheses in the context of blogging.  It allows me to sneak in all kinds of extra information.  I probably overuse them a great deal in here, but honestly, I’m not scribbling the Magna Carta.  I don’t seem to use them much in my storytelling.  That doesn’t mean you can’t though!

Let’s see how many times I screw that up.

Noah Lukeman, in his book A Dash of Style, offers an enjoyable definition of what parentheses can do.  “Parentheses, on the other hand, respectfully interrupt you, so that you needn’t cease speaking or change your train of thought.  Their interruption is more of an enhancement, like a trusted adviser whispering in your ear” (p. 112).

I like the idea of the trusted adviser whispering in your ear.  I find the occasional use of parentheses in blogging, personal correspondence, and some works of fiction make the writing feel far more personal.  The extra parenthetical insight provides a level of intimacy that is hard to achieve otherwise.

Let’s get to some applications already!

Use them to enhance explanation or commentary.  Sometimes you want to give the reader some extra information, but writing an extra sentence would be a pain.  Maybe you want to relay a piece of information with a literary wink of the eye.  Parentheses can do both of these things by sneaking bits of information into the middle of sentences.  Just remember if you take out the parenthetical piece the sentence should still make sense.

The extra information you give the reader in your parentheses can be a fragment (like above) or an entire sentence.  If it is an entire sentence embedded within a larger sentence, you normally don’t capitalize the first word and the only applicable ending punctuation is a question mark or exclamation point.  If the parenthetical sentence would end with a period, you don’t need to bother with it.

If your parenthetical bit is separate sentence (not smashed in the middle of another sentence) you have some leeway with punctuation and capitalization.  This leeway is your authorial power to shape words; wield it with gusto!

You can see in the above examples you get a slightly different feeling from both.  They are both good to go (according to the somewhat contradictory grammar books I own).

Use parentheses to introduce acronyms.  Only do this if you are going to use the acronym more than once in the work.

After you introduce the acronym, you can start using it without the parenthetical enclosure.

Hate using the colon to list stuff?  Use parentheses instead!

Do numbers bore you?  You can use letters too.

[Note:  There was another example here.  Swing down to the comments and read Thomas Weaver’s comment (The Wielder of the Red Pen of Doom).  He pointed out an issue we will resolve another day.  Thanks for setting this rambling man straight Thomas.  I’m always happy when readers/editors are able to contribute and correct my errors!]

A common confusion is punctuation within parentheses.  Can you use it?  How?  Does the parenthetical sentence have to be complete to use punctuation?

The best explanation I have found that provided corresponding examples comes from June Casagrande’s book, The best punctuation book, period.  This is a solid book on punctuation if you are looking for one.

“A question mark or exclamation point can come before or after a closing parenthesis, depending on whether it modified the whole sentence or the parenthetical alone” (p. 126).  The following examples come from the same page and they are all acceptable uses.  I admit some of them feel weird, but hey, we’re talking rules not style. 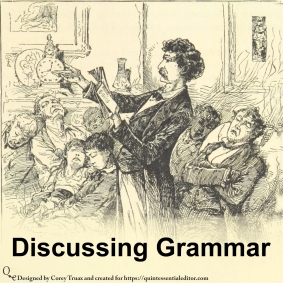 That’s a wrap for today.  I didn’t get into the technical mumbo-jumbo (referencing numbers, math, etc.) of parentheses,  I instead focused on the most common uses I see in everyday writing.  If you do have a technical question feel free to ask in the comment section.  If I don’t have the answer (it happens) there are some awesome folks here that probably do.

Did I screw something up?  Let me know so I can get it fixed!  You will be given grammar points and I will link you into the article.  I will also mail you a single strand of baby Thor’s hair, which is a powerful relic used for inter-dimensional travel.  Do you use parentheses in your writing?  If so, in what forms (personal correspondence, blog, fiction, non-fiction)?  I’d be curious to know.  Whew.  Another grammar post down.  Until tomorrow, keep reading, keep writing, and as always – stay sharp!

A 5-Star Review for Stealing Freedom!

Story Review: There Goes the Neighborhood by Vivian Kasley from Alien Days Anthology

The Red City Review For Sojourn In Captivity!