Welcome to the third edition of Wasteland Wednesday!  Today I’m going to introduce you to an important and deadly lady.  Instead of applying epic creativity, I’m going to share my unedited original character concept with you.  Plus a couple author notes about the character from me at the end.

Bio: Lex has only known the world as a wasteland.  She was born on the day the bombs decimated the United States.  Drake and her paths converged five years after the destruction.  Drake’s original party found Lex scavenging on the outskirts of Columbus.  She was dirty, alone, and starving.  Lex was also bordering on feral.

At this point in time, Drake’s group was starting to transition from deadly survivors into a disorganized band of raiders and slavers.  When a raiding group discovered Lex she was captured and brought back to central Columbus. 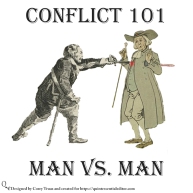 The general census was this young girl would be used by the group for morale (raped) and then traded to one of bands of slavers taking hold of the area.  When Drake saw the girl she reminding him of his dead son Jonathon who was roughly the same age as her when he was turned into radioactive dust.  This, combined with his depression and overall disillusionment with the group, caused Drake to attempt to free the girl and allow her to escape.

All of these events culminated with Drake getting blasted in the head.  In the confusion he generated, Lex did manage to escape.  Drakes presumably dead body was stripped of everything and left to rot.  Once they finished stripping Drake’s body and left the area, Lex returned to Drake.  He was still alive, but practically a vegetable.

Lex stayed with Drake bringing back whatever food and water she could find.  She also cauterized the holes in his head.  It took a while, but eventually Drake’s body recovered.  His mind never would.

Despite this, Lex knows that under the madness and insanity is a decent man.  Lex has stayed with Drake, often in the shadows, no matter how many half-hearted attempts Drake has made to rid himself of her.  They have traveled together for twenty-five years now.

Abilities:  Lex is perhaps more deadly than Drake.  Put another way, she is deadlier in different ways.  She thrives in the shadows and plays in the chaos Drake seems to endlessly generate. Drake has noticed that as she has matured her gun sounds before his sometimes, and that means she is perhaps faster.

While Drake is a master of chaos driven insanity and confusion, Lex prefers subtlety.  This natural inclination to shadow was fostered through her formative years with Drake.  Drake often told her to go and hide when trouble came, which eventually morphed into killing people from those hiding spots. 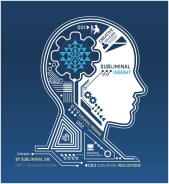 Personality: Lex has an extreme aversion to being touched.  Especially being touched by men. For every settlement Drake has been chased out of for killing people, Lex has gotten them banished out of another for killing men who attempted to touch her.  Sexually, she will only pay for the companionship of females.  She only chooses to sleep with prostitutes because it ensures there will be no real emotional connection, just the promise of a needed release.

Many of Drake’s personality traits have been inherited by Lex.  With that being said, she is far more calculated with what she says and tends to think things through instead of speaking and acting on impulse.  Much like Drake, she has a soft spot for children.  Also like Drake, she has no problem killing someone if they say the wrong thing to her.  She’ll just wait until they are sleeping to deliver the blow.

Motivation:  Most people’s motivations in the wasteland are centered around survival.  This is true for Lex as well.  However, Lex also realizes the power of a story and a name.  Drake’s legend, while based on truth, has been largely fabricated and exaggerated due Lex’s influence.  Part of the reason she pays for female prostitutes is because she knows they like to talk and spread gossip. 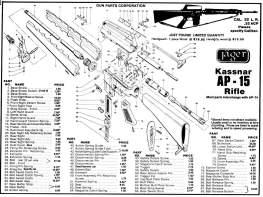 Equipment:  Lex learned a lot from Drake during their travels.  She adopted his, “one mind, any weapon,” philosophy and is proficient with most killing implements.  Her tools of choice are stealth weapons.  Knives, bows, and other projectiles are her bread and butter.  She does carry a rifle and pistol, but she normally uses them as a last resort.

Author’s Note:  Lex was a late addition to my book and required some sweeping rewrites (which I always advise against doing in a first draft).  I felt my book was a bit of a sausage fest and lacked the value of a female perspective.  But beyond just injecting a female character into the story to have one, I wanted a strong character that would add a level complexity to the story. 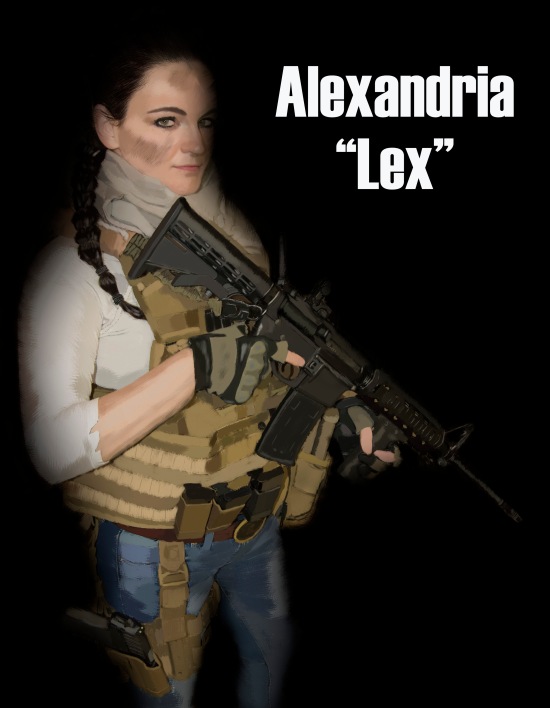 My concept work for Lex.  I digitally painted this in Photoshop using a photograph I took as a blueprint.  It’s rough, but I’m getting better (slowly).  This image is owned and created my me.  If you would like to use it contact me.

Lex also allowed me to reveal more of Drake’s personality and backstory.  What is also solid about her character is it enabled me to do this through dialogue and action, instead of info-dumping or weird internal dialogue mechanics.

I have grown fond of Lex because she is like Drake in many ways, but better than him in others.  I also like Lex’s character because she isn’t a victim.  She is a capable predator.  She doesn’t play the damsel and she doesn’t pretend to be in distress, she simply kicks ass and collects heads (mutant inbreeder heads).

Additionally, she makes Drake’s survival and legend in the wasteland a little more believable.  Especially in regards to it being coherent in the story world.  When I first wrote the story, I made the assumption his legend would spread by word-of-mouth.  But there were issues with that assumption.

Did a slaver go to random settlement and tell a story about the man who came back from the dead and starting killing them?  Why is a slaver in a settlement chilling out and not trying to enslave people?  A raider certainly wouldn’t be telling this story in a settlement, he/she would be killing people.  Is Drake the kind of character I want to portray as someone who would blather on about his own legend?  These were the issues I was dealing with in making the legend of Drake believable.

Lex allowed me to propagate Drake’s legend and backstory in a realistic way.  She also has the ability to be a stand-alone character with a powerful backstory.  The book could be rewritten from her point of view and likely be just as interesting.  For me, that’s a good thing.

That’s it for today’s wasteland news!  I hope you all stop by next Wednesday for more information about Wastelander: The Drake Legacy.  I’d love to know what you think about Lex’s character. (I’m sure Drake will be jealous she got a full-page character breakdown before him.)  Until then, keep hiding, keep hoarding, and as always – stay alive.

Announcing the Week 1 2021 M.L.S. Weech Book Cover of the Month of November!

Visits From A Man Named Nobody 52

The Paperback Edition of Hazel Will (Hopefully) Be Out Next Week!