My good friend J.R. Handley and I strong-armed our way into writing for an anthology. We stole some pets, torched a lawn, pooped in some mailboxes — but hey — that’s all part of the author hustle. Some people write query letters; some people resort to criminal mischief.

Moving along! I’m pleased to say our first jointly-written story is coming in September, and it takes place in the Four Horsemen universe (4HU). The anthology our offering will be showcased in is titled For a Few Credits More.

For the uninitiated: the 4HU is a bodacious military science fiction series that was spawned into existence by Mark Wandrey and Chris Kennedy. Instead of trying to write a hack description of the 4HU, I’m stealing the the publisher’s blurb (Seventh Seal Press). We can add this theft to our list of offenses.

It’s the Twenty-Second Century. The galaxy has opened up to humanity as a hyperactive beehive of stargates and new technologies, and we suddenly find ourselves in a vast playground of different races, environments, and cultures. There’s just one catch: we are pretty much at the bottom of the food chain.

Enter the Four Horsemen universe, where only a willingness to fight and die for money separates Humans from the majority of the other races. Enter a galaxy not only of mercenaries, but also of Peacemakers, bounty hunters, and even a strung-out junkie in the way of a hired assassin.

I’m very excited to be contributing to such a kick-ass series. Here’s the 4HU books so far, and a couple that are projected to release later this year. 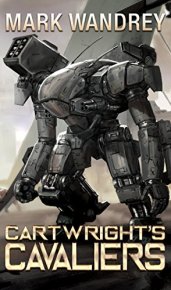 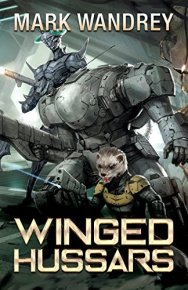 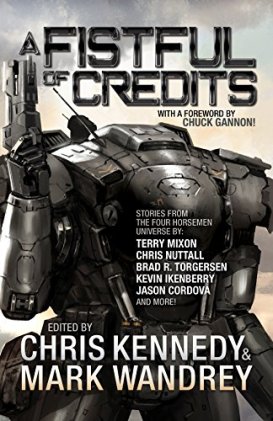 Book Review: Dragonflight by Anne McCaffrey from The Dragonriders of Pern

Visits From A Man Named Nobody PT 13

A Four-Star Review for Caught

Book Review: Dragonsdawn by Anne McCaffrey from The Dragonriders of Pern

Visits From A Man Named Nobody PT 12